In my youth, as I swept hair off the barber shop floor in my first job, I never envisioned such varied travel through so many rooms. But then there were libraries, classrooms, apartments, church sanctuaries, stages and more. Interesting that Carl Sandburg's first job also was sweeping a barber's floor. 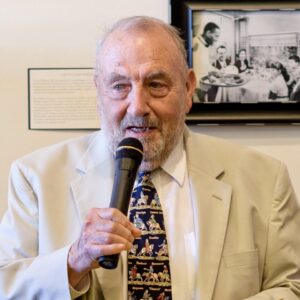 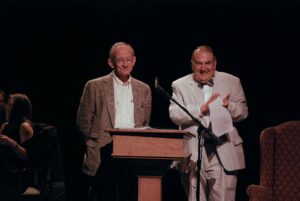 Fired from my first job sweeping up the front room of a barber shop! Somehow the barber could tell that his equipment had been used over the weekend - I used it all to give myself a haircut - neither the last job I’d lose nor the worst job I ever had! So, I went on to other rooms. Classrooms, labs, seminar rooms in Love Library as a Master’s Graduate Assistant in Philosophy while I was on a National Defense Education Act Fellowship, teaching Logic and Ethics in University of Nebraska-Lincoln’s Philosophy department.

After my Master’s, I switched to doctoral work in UNL’s English department and had an office in a large former classroom-10 GAs and 8 desks. A dart board hung ominously on the wall adjoining with another classroom. In those rooms I taught first year composition, a novel survey, one of the first Black Studies courses - one course in a big room, 150 students. After receiving my Ph.D. I taught at Northern Arizona University - Philosophy, Literature, American Studies and Southwestern Studies-both programs I created for their experimental program of Scientific and Humanistic Studies. All along, there were ‘rooms of our own’-apartments, house rentals, finally our first home.

Ordained in the Episcopal Church just after getting my Ph.D. I came back to Nebraska from Flagstaff to be the rector of an Episcopal Church with a huge worship room, big enough to accommodate all the cadets at former Kearney Military Academy. When I left that post I joined the faculty at then Kearney State College - the same time as Kate Benzel - and was officer in the same room as the less fortunate teacher I was replacing. The moving into the English department Chair’s room where I lead the department for five years, a room with left-over tasks and uncertainties. I was glad to move back into classrooms where I taught first year composition, General Studies literature, American literature, History of the English Language, the Bible as Literature, and graduate seminars in American Modernism, including co-teaching Kate Benzel’s seminar on Virginia Woolf and William Faulkner.

Then the room suddenly got bigger as I spent a semester teaching American Modernists and Film-Drama to graduate students in English at Northeast Normal University in Changchun PRC, China on a Fulbright.  China was a pretty big room but my seminars of 50-60 students met in tiny cramped classrooms. Also I taught undergraduate and graduate courses in Texas State classrooms and in the Faulkner and Yoknapatawpha conference rooms and auditoriums at Old Miss.

During the last years of teaching, I was President of the Board of Directors for the Willa Cather Foundation, where I had the privilege of appearing on stage with Laura Bush - the same room where Willa Cather gave her graduation address. After retiring from UNK in 2008, I served two churches and published three books of poetry - being awarded the Nebraska Center Awards for Poetry with Breezes on Their Way to Being Winds, and the Mildred Bennett Award. I’ve enjoyed teaching in Central Nebraska Senior College and Osher Lifelong Learning Institute, and now am wrapping up a church job at St. Mark’s on UNL campus where my ordination sermon was preached in 1971. Then the preacher chose as his text ‘He set my feet in a large room!

All these rooms are prophetic, as I enter this beautiful, richly decorated room of Kearney’s vibrant arts scenes - of Kearney’s writers, musicians, theatre, galleries, museums, and stages of all sorts, including the stage at The World Theatre where Kate’s Sandburg award-wining Sandburg program has its last performance. I never envisioned such varied travel through so many rooms, as I swept my hair off the barber shop floor.

Prayers For The People