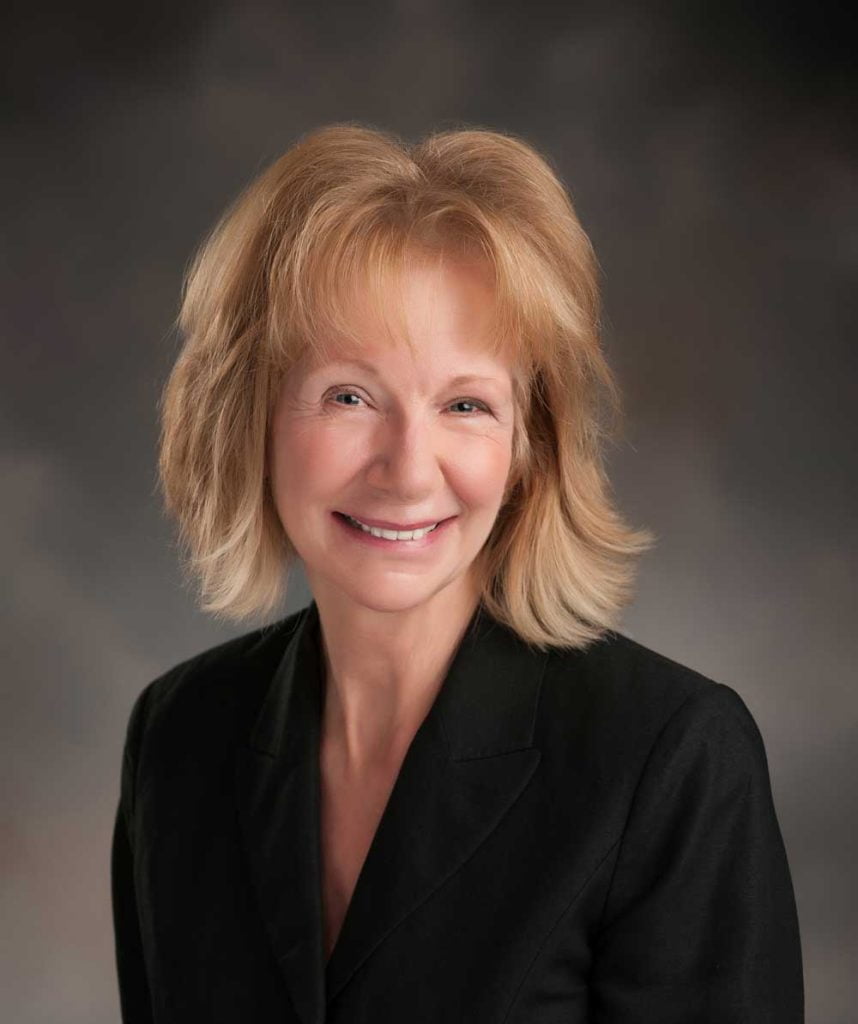 When we launched Kearney Creates, we promised visitors to the site that we would try to post entries on every aspect of the arts and culture scene in Kearney. Few if any arts could even survive let alone flourish without the audience. But think of that word-audience. Despite the fact that we sometimes only see something, we don’t call ourselves the vide-ence. Audience and audio and auditorium are part of the same word cluster. But what if we can’t hear? Our hearing is somehow impaired? Enter Carol Lomicky.

I knew Carol as a colleague at the University of Nebraska at Kearney. She made important contributions in her field all along, but I would suspect she might say her contribution to advancing the use of the Hearing Loop was one of her great passions. When our church called a new Rector, one of the first things I urged her to do was to sit down with Carol and talk about the loop, and because of that meeting our congregation is among those where the hearing impaired can be an audience. Kearney Creates is so glad to be able to give you Carol’s own account of her amazing journey with the Hearing Loop.
-Chuck Peek

One of my first memories from childhood is that of my dad reading to me the comics from the newspaper. Later family discussions took place at the dinner table about current events—local and beyond---with the daily paper always within reach.

At Kearney High School, my journalism teacher, the late Bobbie McKenzie, cinched it. I would become a newspaperwoman! I was reporter and editor at several Nebraska dailies, and later as a journalism instructor at then-Kearney State College, I became Ms. McKenzie’s colleague and
friend.

I received my bachelor and master’s degrees from KSC and a Ph.D. from the University of Nebraska-Lincoln. I retired from the University of Nebraska at Kearney in 2012 after 30 years of teaching so many promising young students. I have used the writing skills that Ms. McKenzie helped me to hone for articles in scholarly journals, to write a supplementary textbook for conducting research in media law for undergraduates, and publish a biography about a longtime Nebraska newspaper editor.

Throughout the years, I also struggled with profound hearing loss. And when I learned of a technology that greatly improves accessibility for people like me, I became an advocate for equipping public spaces with induction hearing loops in the Kearney region. In 2017, I received the Kearney Hub Medical Health Freedom Award for my efforts.

The following is my hearing loss/advocacy journey:

Without having experienced hearing loss myself, I—like so many other hearing people—would have remained unaware of the particular challenges faced by individuals who suffer hearing loss. I began to lose my hearing while in my 20’s. Yet for years, I had functioned pretty well with one ear having experienced hearing loss from what the doctors attributed to Meniere’s syndrome, which causes vertigo. Ultimately, a labyrinthectomy eliminated the dizzy spells, but the surgery left me deaf in my right ear. Then, some years ago, I inexplicably experienced a sudden and profound loss of hearing in my “good” ear. A hearing aid helped, but I was only able to continue in my profession as a university professor with the assistance of transcribers, who typed students’ questions and comments as I read them on a computer screen while conducting my
classes. It got me through, but, frankly, it was clunky.

When I learned the labyrinthectomy did not preclude a cochlear implant, I jumped at the chance. That was in 2009, and I continue to relish in the sounds of a hearing world—a world that I thought had been lost to me forever. That being said, challenges remained, especially in large group venues (church services, film and performing arts venues, meetings) where understanding speech was particularly difficult.

I served for two terms on the Nebraska Commission for the Deaf and Hard of Hearing Board of Directors from 2010-2016, and at one of my first meetings the room had been set up with an induction hearing loop—a technology I’d never heard of. As instructed, I turned on the telecoil in both my assistive hearing devices, and I was amazed. It was as if someone was talking to me directly into my hearing processors. No annoying background noise to impede understanding, and the clarity of the spoken word was remarkable. I became a hearing loop advocate right then and there!

With the financial assistance of Kearney Sertoma, a non-profit that puts hearing at the top of its philanthropic list, public venues in Kearney began installing hearing loops. First, the World Theatre, then the Merryman Performing Arts Center, and the Kearney Community Theater. Then hearing loops in spaces at the Peterson Senior Center, the Kearney City Council chambers, UNK’s Ponderosa room and Alumni House meeting room, the chapel and meeting room at the Central Nebraska Veterans Home, and on and on. Zion Lutheran Church was the first church to loop its sanctuary; others soon followed. When Prince of Peace Catholic Church installed its hearing loop early in 2022, it brought the total number of looped churches in Kearney to 10. Indeed, Kearney is one of the most looped cities in the state.

It bears noting that that churches and other public venues have not been ignoring the plight of the hearing impaired. Most are equipped with FM assistive hearing technology, which delivers microphone sound to a user’s ear using headphones or ear buds and a handheld receiver box. But most people with hearing loss say such systems really don’t do the job. One reason: the one-size-fits-all technological approach is often incompatible with individual users’ hearing needs. Not to
mention the issues of dignity. FM systems require people to take the initiative to locate, check
out, wear, and return special equipment—oftentimes conspicuous headphones.

A hearing loop-a copper wire that is configured throughout a room that transmits sound through an electromagnetic field to a person’s hearing aid or cochlear implant-is the only assistive listening technology that simply requires the push of a button to activate the telecoil. And thus far Bluetooth technology works best on an individual basis and not in large group settings.

I may have started the loop initiative in the Kearney area, but it couldn’t have flourished here without the advocacy of so many people who suffer hearing loss, as well as their family members and friends. As more individuals experienced hearing in a looped setting, they increasingly pushed for more places to follow suit.

But there’s still work to be done. Not all churches are looped, and not one funeral home in the region has installed a loop. Moreover, the education piece is sorely missing. So many people with hearing loss aren’t advised about hearing loops; they don’t know what a telecoil is or even if their hearing aid has one. Hearing health care providers could do much more on that front when advising their patients, and places that have loops installed need to do a better job of informing their patrons about the loop and how it works.

Still, I remain hopeful that eventually within the Central Nebraska region—church by church, public facility by public facility, and, yes, business by business—caring people and institutions lead by example by continuing to provide hearing accessibility with induction loop technology.