Category: Kearneyites who have gone on to be active in the arts elsewhere. 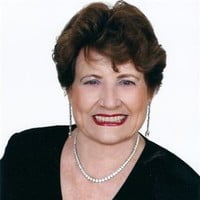 The phone rings by my beside at 6:30 a.m. Monday May 1, 2022. The caller I.D. tells me it’s Bonnie Caplan. I had just added her to my contacts a few days before when Jackie Purdy had visited with me about her old Kearney High classmate, then Bonnie Weddel. I’d been unable to take her call Sunday morning, I’d emailed I was sorry to have missed it, she emailed she would call Monday morning. And she’d meant it.

She was in the car, en route to one of the places where, at 90, she still regularly volunteers. She didn’t want our conversation to have to wait until the end of the day. I’m only approaching 80, but I understand. There comes an end to putting off things for very long.

“Music has been my life since age 5 ...where I have performed on harp, piano, organ, and percussion.” This is what her Linked In site tells me, and it is just what Jackie had told me earlier. That’s why I answered the phone. That’s why I’ve wanted her to appear on the Kearney Creates website.

Linked In also tells me about her education. She graduated from the University of Nebraska and the University of Maryland Peabody Conservatory, with degrees in Music Education, Piano, Harp, and Organ. She was engaged in Sigma Alpha Iota, Nebraska University Orchestra and Concert Band-soloist and on tour-as well as NU Madrigals and the Lincoln Symphony as Principal Harpist.

These many years later, she’s still as active ...well, as Jackie Purdy! That must have been some class. If you knew Dr. John Bancroft, then you know another of Jackie and Bonnie’s classmates.

Among her activities now, she includes being a volunteer and docent at the Sarasota National Cemetery where she helps veterans make arrangements and helps families with committal ceremonies. She also volunteers at Patriot Plaza where she guides tours of the art displays and amphitheater.

Most importantly, she credits so much of her life to her beginnings in Kearney. “It was at Kearney that I got my start,” she told Jackie, adding that she thanks Kearney “for giving me a life of purpose.” She calls Kearney “my point of destiny.”

She wrote in a class reunion booklet, “Even though I did not graduate from Kearney High in the final days, I feel that I belong with you! Without a doubt, everything I know today I learned in Kearney. My years there and the friends I cultivated have influenced me more than any other place I have resided.” She added, “My mission is to leave this earth with a legacy of ‘making a difference for the betterment of others, both present and future through music.’ It all began in Kearney.”

Enriched by a mother’s devotion to the arts, Bonnie also paints, her son teaches Video Production at Ithaca College Park School of Communication and her daughter is a professional dancer and choreographer -who has been on the faculty of the Atlanta, Houston, and Washington D. C. ballet companies.

Rico Alcala, director of operations at University Park Country Club, calls Bonnie “A Classy and Talented Harpist Entertainer” and credits her with elevating the perception of the entertainment offered at his club. And by the way, look up harpist and Sarasota and you will find she must be very good because -who knew? Sarasota is apparently a harpist bonanza.

~ by Chuck Peek from a prompt from Jackie Purdy