The title was When Earth Turns Up Its Farside And Brings Us Near-A Lifetime Retrospective in Poetry, Prose and Other Ways of Seeing on Perfectly Peculiar Days. 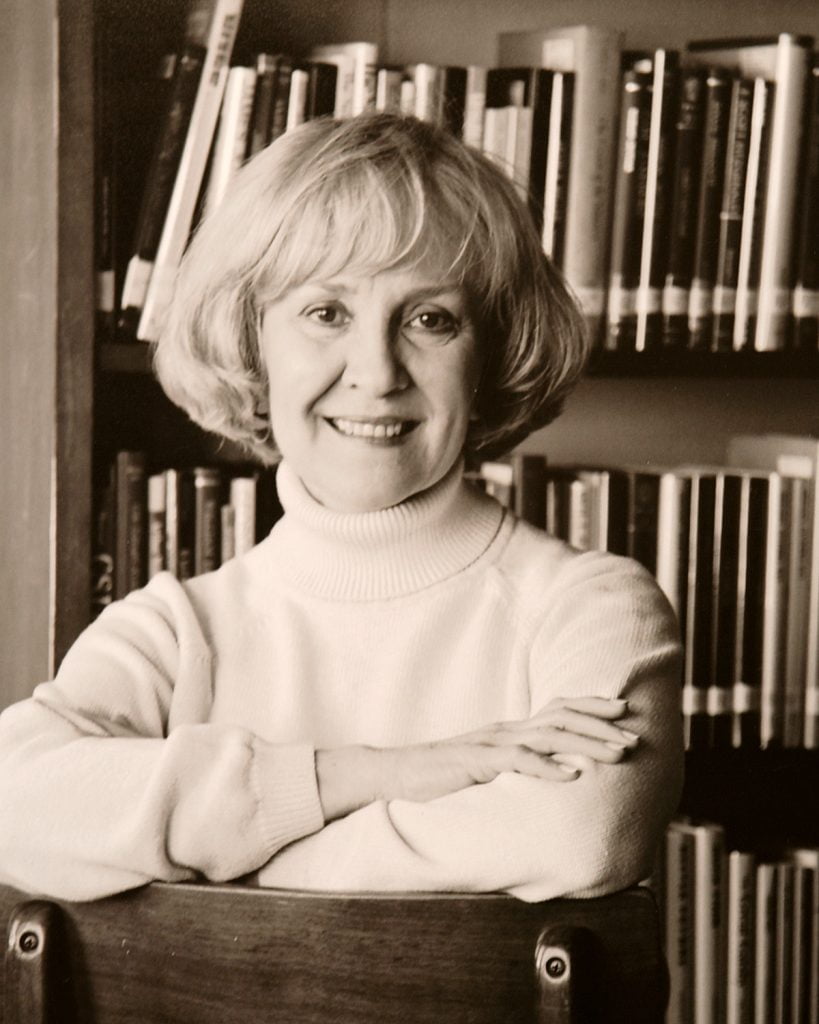 You would be right if you thought that title indicated an artist whose imagination and sympathies and concerns are passionate and far reaching and profound. You’d also be right if you thought it was like some of the titles for Kloefkorn poems! Like Bill, Kort is an artist who seeks simplicity in conveying thoughts and feelings while not oversimplifying the idea behind them.

Of course, Kearney Creates only does Kearney, but Kearney includes visiting creators from all over the place. Her exhibit is included here because we include on our site the artists and musicians and writers and actors who grace us with their arts. Betty, however, does not come from far away. Countless students at Hastings High School remember her with gratitude and affection. The Willa Cather Foundation began to be what it is today largely because of her vision.

In 1989 she became the first Nebraska NEH Teacher Scholar, and then returned the next year as mentor of the second group. In the mid-1990s she was first President and then Executive Director of the Cather Foundation, in 2007 she was showing her 40-piece photographic Cather exhibit, beginning in Red Cloud and then at sites from New York to Texas.

Here’s Betty in a nutshell: the earliest Faulkner conferences looked with disdain on t-shirts. Then one year we were joined by some NEH fellows for their last week—and they were all wearing t-shirts. Beginning the next year and running on for 40 years now, the Faulkner conference has had an annual t-shirt. Who designed the NEH shirt that was the catalyst to the change? Why, Betty Kort, Hastings, Nebraska! Folks in Hastings could give you a whole list of other credentials.

Betty is an apt example of the quotation from Albert Einstein that she uses with her matched poem and collage entitled Sleeping City. He wrote, “The one who walks alone is likely to find himself in places no has ever been.”

Once, in the kind of season when, as she describes it, “a town, some farms, and fields galore/bend into view where nothing was before,” she captured herself as “cold, but too entranced to let this vision go.” (From her poem “When Earth Again Turns Up Its Side”) That describes the heart of her art, her life, her dedication to the sacred ground where people walk, places emerge, and things take place…always “too entranced to let this vision go.”

Visitors are welcome at the Walkway Gallery at CHI Health Good Samaritan, self-described as a dedicated corridor connecting the hospital to the West Tower. It gives regional artists more than 90 feet of display space to highlight their works. Contributions to the Good Samaritan Foundation allow for the purchase of selected pieces of art for permanent display. Displays change periodically 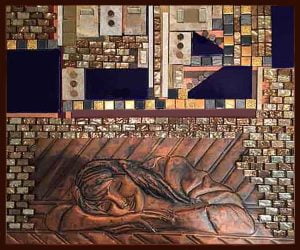 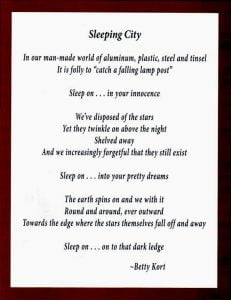 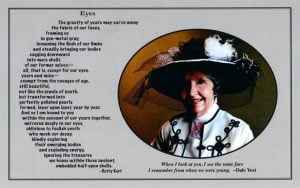 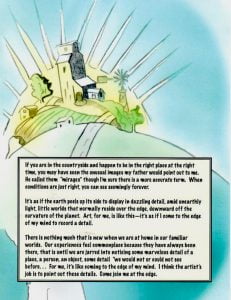