The extraordinary movement from music in the early 1900s with folk-styled ballads to a popular dances context found Kearney's music in both the Opera House and 1733 Ballroom. 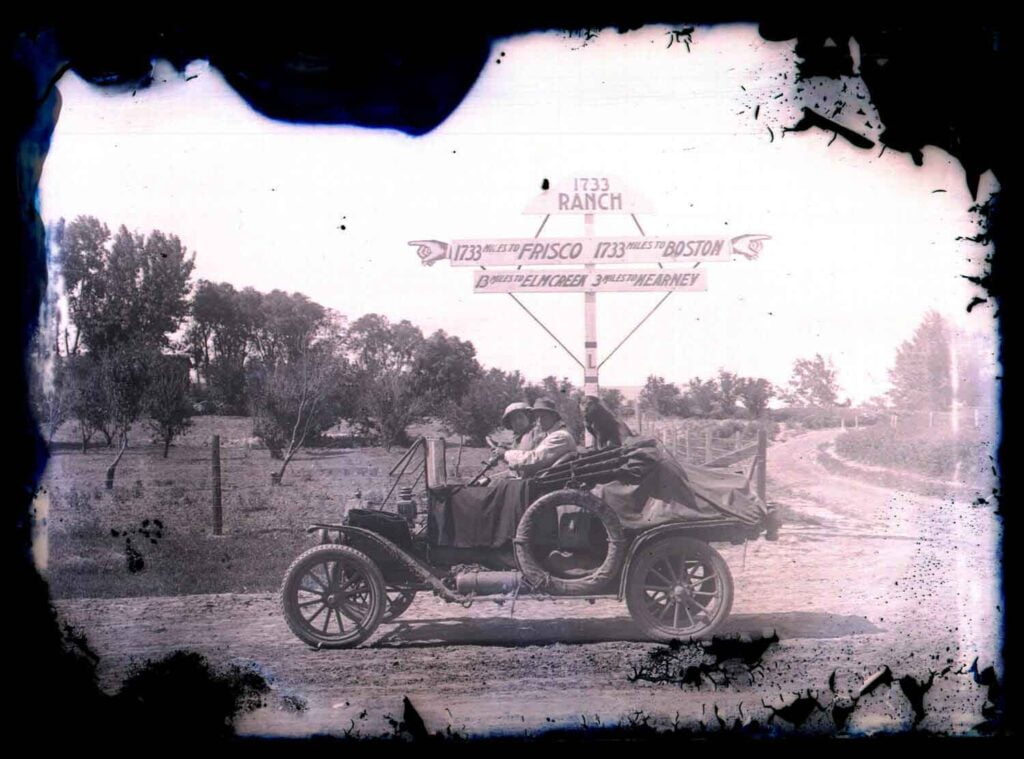 The Kearney Opera House opened in 1891 and the community had a central location for arts and entertainments. The Opera House became the center of Kearney society, arts, and business.

Before the Opera House, Kearneyites attended operas and plays performed over the local ice rink, located on Avenue B between 21st and 22nd Streets and at More’s Hall. The new Opera House not only provided warm entertainment but also was a vital center for the community - its social, educational, and business lives. Imagine in 1895, a few men went to Leibee Bros Beer Parlor on the 1st floor; someone needed an emergency visit to their dentist on the 2nd; others attended their regular social club meetings on the 5th floor. But the big event started at 8:28pm when the Midway Orchestra would perform in the theatre. Then, such a performance brought out Kearney residents in their finest, to walk up the marble steps to the 2nd floor entrance - and this event was central to entertainment in a burgeoning the Western frontier community. The opening was described as “an expression of pride all Kearney feels in her most beautiful building.”

The Opera House entertained a variety of musicians-opera singers, symphony orchestras, instrumentalists. The venue drew off the road, traveling troupes from road and railway circuits: “Faust,” “Uncle Tom’s Cabin,” “Ben Hur.” In 1897 John William ‘Blind’ Boone, a renown blues piano player, performed In Kearney for a benefit recital for Methodist, Congregational and Presbyterian churches and later Phillip Sousa and his band performed rousing marches. The Fisk Jubilee appeared in 1898, the Lincoln Philharmonic Orchestra in 1898. Kearney was able to attract so many European musicians traveling across the U.S. because it was midway between Omaha and Denver. That reputation still remains today as entertaining acts from across the world make their ways to Kearney stages.

The first pipe organ was installed in the Episcopal Church, a 131-year-old Roosevelt Schantz organ is the last church organ of its kind to be played every week between Lincoln and Denver. It was built by the Roosevelt Pipe Organ Company in 1883. A century later, in 1986, St. Luke’s purchased it from Christ Church Cathedral in Louisville, KY. 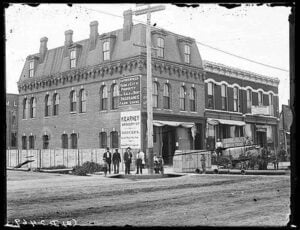 Today's Kearney High School Bearcats' Marching Band
Marching Bands were also popular entertainment in Kearney. The Nebraska Bandmasters Association was formed in 1936. Though many of the bands were located in eastern Nebraska, Kearney and Hastings boasted both public school and college bands. The Cornhusker band is not the only band in Nebraska; every high school and some middle schools have bands the perform at sports events and parades. 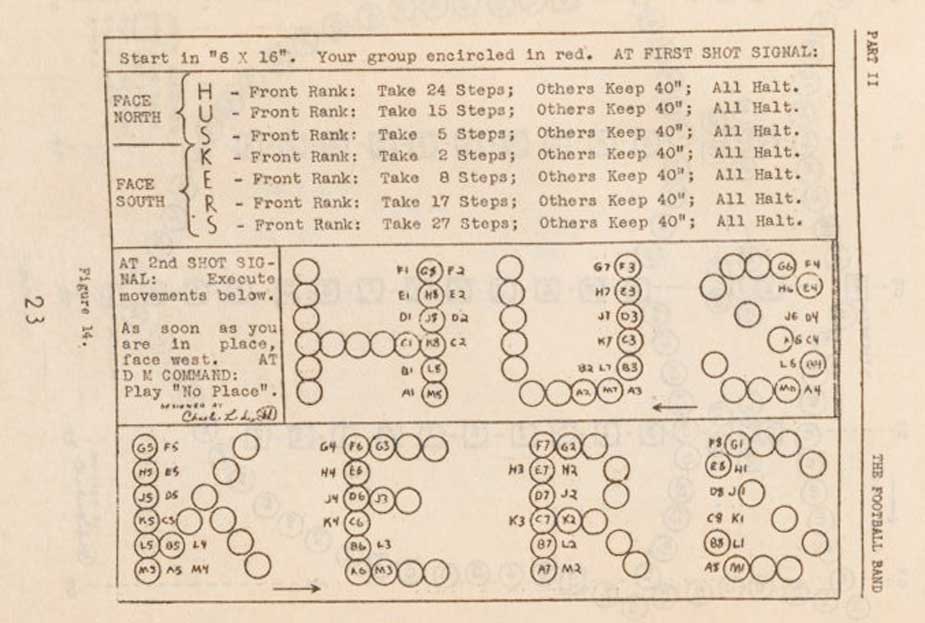 The other big entertainment feature was 1733 Ballroom - Amusement Park. The number 1733 has long been a big deal in Kearney, though the numbers may not be all that accurate by today’s map standards. Kearney is still known as the Midway City located halfway between the coasts. The ballroom was across from the famous 1733 Ranch. In 1925 1733 Ballroom/Amusement Park was built across the road from 1733 Ranch on Highway 30.

Much like the Kearney Opera House, the Ballroom was a venue for music and dance in Kearney, though of a different sort – interactive music events. Though more than 300 dance bands played in Nebraska from 1948-1957, most of the dance venues were in the eastern part of the state. 1733 Ballroom in Kearney was unique because of its central state location on the major road – Lincoln Highway (today’s Route 30). People came from 100 miles around to dance there. Certainly the bands would cover songs like Fred Astaire’s “Cheek to Cheek,” Carter Family’s “Will the Circle be Unbroken,” Benny Goodman’s “Blue Moon. Today’s 1733 Barbershop Chorus is named after this location and continues to perform those classics.

1940s and 50s dancing was a popular recreational activity in the Midwest and Great Plains after World Wars I and II. The 1733 Ballroom was about 100 feet by 150-200 feet with booths around the edge. The ballroom was operated by Peachie and Reno Bamford.

Most ballrooms advertised attractions - their location, accessibility, parking, and large dancing floor. Kearney 1733 Ballroom boasted its all newly lighted and graveled parking area - capacity 1,500. Sometimes the ballrooms had restrictions – “please bear with us, there will be no jitterbugging.” There seem to be no photos the actual ballroom except for its demise in 1964 1733 Ballroom was blown to the ground from a terrible tornado. It was never replaced.

Popular music in continued in small venues where country, jazz and popular music reigned. The Palm Garden is a Kearney establishment that has weathered the times and over the years provided live music for dancing and general listening. More information about Kearney’s bar venues in Mosaic of Music III.